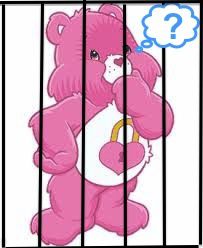 In a recent article on this blog, I dealt with the “liberated companies[1]”, focusing on one particular point: how to make use of history to assess the core values, the true culture of the company, a key leverage for the success of the liberation process. This paper provoked a lot of discussion on the social networks, not really around the one question I focused on, but around the idea of “liberated company” itself. One could notice in this debate some very familiar elements of the classical “anti-business” French ideology: the employees and the business owners never share the same interests, and class struggle is and will ever be the only filter through which you can understand what is going on in a company. According to this filter, the concept of liberated company would only be a fairy tale, a sort of Care Bears story, and the hard reality of “balance of power” will forever be the sole way of understanding the world.

What if this somewhat reduced view had something true? What if liberating one’s company deserve really some precaution? Actually, being too idealistic, too naïve, would surely lead to failure.

In the above-mentioned paper, I quoted three conditions that are requested to enable you to liberate your company. Transparency — a liberated company is necessarily transparent for insiders, that is its whole staff —; true commitment to strong, conscious and shared core values and vision — this “core ideology” will be the true skeleton of the company once you have broken the hierarchy prison bars —; peace — there is no liberated company which could survive in an internal war.

Because building a pacified business is a day-to-day job. As peace in the world must be fought for and defended everyday, peace in a business is fragile if not cared for…

I won’t come back here on the Art of defusing conflicts, already dealt with on this blog (not yet translated into English). I stressed the necessity, if you are to deal with conflicts in a sound way, to accept to look straight towards them instead of hiding or trying to escape them. Taking into account some of the comments raised by the topic of “the liberated business”, I would add a condition to be able to healthily deal with this question: don’t make of a pseudo permanent conflict of interests between employees and employers the alpha and omega of social relations! This kind of religious war is as sterile as the historic Religious Wars were in Europe in the Middle Age, or are today in the Middle East or elsewhere.

This has a very pragmatic consequence if you are a business owner, thinking of liberating your company, or an employee wishing it to be liberated. Have a deep look at your company’s culture: if it is structured around the class struggle, around irreducible conflicts between employer and employees, you will have to change the culture before thinking of liberating your business… It is possible, but it requires a certain amount of time. Fortunately, if such companies do exist sometimes — especially in France — they are excessively rare in the world of SME.

For those companies that are the more numerous, those companies where conflicts exist without being a cultural marker, it will be necessary to learn how to resolve conflicts in a sound and enduring manner. That is what I call “the right track”.

Keep in mind that hierarchy has a clear advantage when you deal with decision-making and conflicts resolution! One employee of a business that I coach on its way to its liberation expressed this fear at the start of the process: “How shall we deal with difficult decisions, or with conflicts? Shall we vote or what?”

Let’s face it! It is often easier to “let the chiefs be chiefs”, as a student reminded me once, even if — or especially if — you criticize or oppose their decisions afterwards.  Human nature looks like being made in such a way than Liberty usually gathers a deep success… until you also have to accept Responsibility that is closely tied to it!

A liberated business is a business where everyone has more responsibility, as an individual, but also collectively. The company I just quoted a few lines before has managed since then to collectively deal with everyone's salaries, or individual contributions to the commercial effort, through building a real consensus.

A liberated business is not an upside-down pyramid; it is no pyramid at all! It is not “all power to the Soviets”, but “everything can be discussed looking for the best option for the company”. Bring together this kind of freedom with the efficiency which is mandatory given the economic competition can be learned. And such a learning is key for the success of the liberation process.

Roger Fischer and William Ury have exposed the “theoretical” bases enabling such a high-end resolution of conflicts several years ago: principled negotiation is a method enabling to efficiently build genuine win-win solutions. It is part of the know-how that is worth being widely spread. Such tools are to be given to everyone in a liberated business, together with some additional methodological keys, dealing for instance with the decision making processes. And even more so that you will notice that the growing competence of the staff thus brought about has also positive consequences on making business itself! Could that be one of the reasons that make liberated businesses are more profitable than others?

A friend of mine decided to liberate his business in order to enable it to bounce back and grow. He told me once: “People believe that liberating a business is a matter of changing the organization; it is instead a matter of changing the boss’s mental organization!” I should add “…and not only that of the boss!” Fortunately, there are serious tracks to facilitate these changes. Learning collectively to resolve conflicts in a genuine win-win approach is one of those tracks.

Still doubting! Don’t hesitate to call us for a chat…

[1] On this subject, you can read for instance Issac Getz book “Freedom, Inc.”. Or simply watch his TED talk here.